Gorfanc is a stone-built cottage with an 11 acre holding – and grazing rights on the Common.

It was built in 1873 and for many generations this would have been enough land to support a family. Now it supports a few sheep, a few hens, a lot of honeybees – and plenty of wildlife. Living here we feel close to the natural world  and we have the opportunity to tread lightly, producing much of what we need and conserving resources by fixing and mending, composting and recycling. 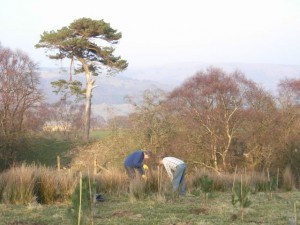 We have planted 1,000 native hardwood trees which will provide good habitat  and firewood in the years to come. We also grow willow for basketmaking.   Gorfanc is entirely heated by wood:– we have a wood-burning Rayburn for cooking, space heating, and hot water, assisted by solar when it is sunny. 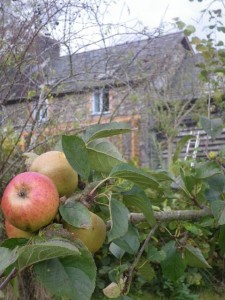 The organic garden surrounds the house. In Spring for several days a gang of frogs has wild parties in the pond, Rosemary Russet apple blossom is vibrant with honeybees, and the arrival of the bossy Pied Flycatchers causes havoc among the Bluetits who have already chosen their nestboxes. 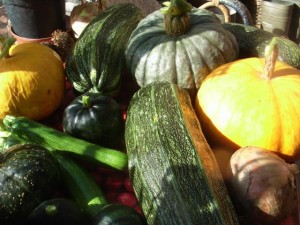 Soon we are sharing the sheds with Swallows, and the eaves of the house with bats.

By Autumn we are staggering down the paths with basketfuls of apples and potatoes and enormous pumpkins.

As soon as she arrived to live here in 1977 Pippa began digging, and within a season or two the vegetable plots were providing more than enough. Within a few years 12 varieties of gooseberry had been planted, soft fruit was keeping the jam pan boiling, and the apple and plum trees were bearing fruit. 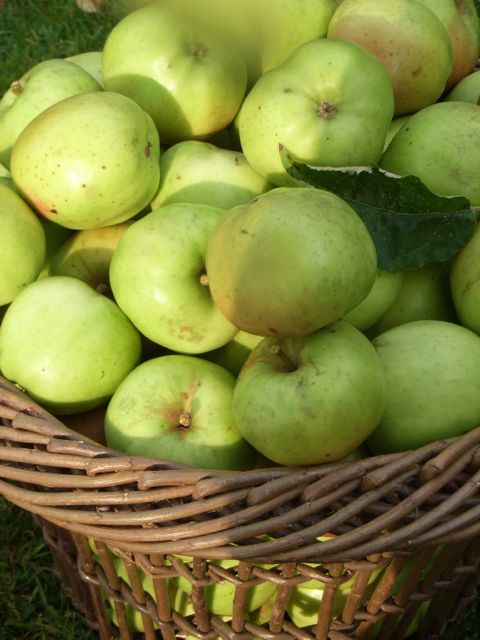 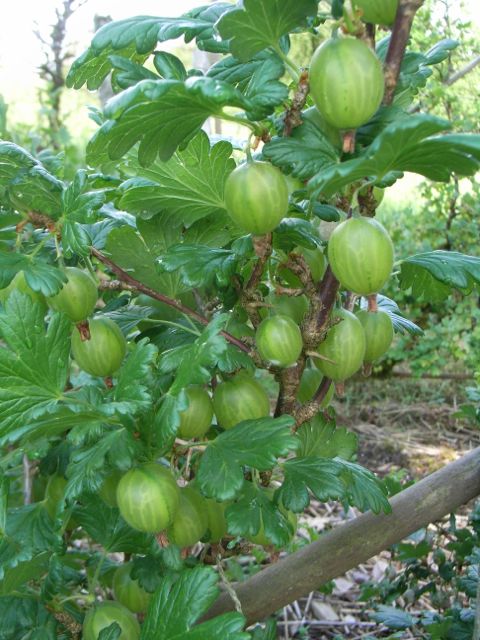 These days the garden is a little wilder than it was, gloriously rich in wildlife, and still productive and completely organic. You will be able to buy from us the fruit and veg that are in season, and jam and chutney. 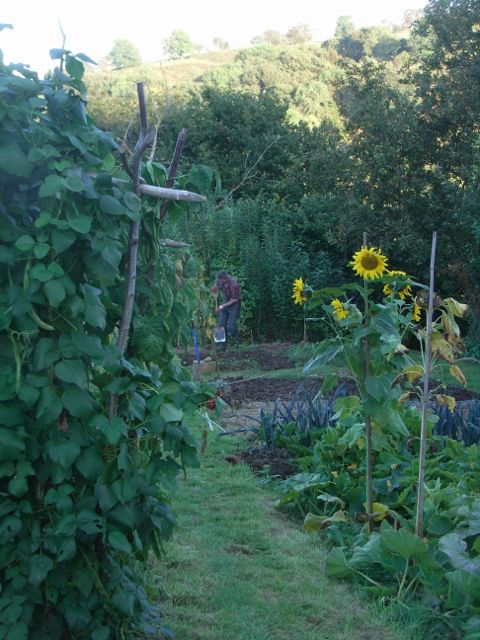